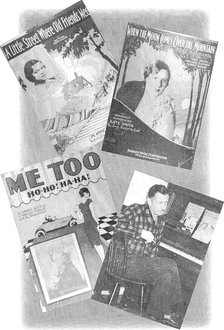 ​​Alas, life in the Pembroke Cape without any modern conveniences failed to enchant the family after three years. They moved to Roxbury and decided to spend only summers in Pembroke. While they lived in Pembroke, Harry and his brother Laurence attended the George Francis Hatch High School in Pembroke Center while sister Dorothy attended elementary school on High Street in what is now the Lydia Drake Library, named for the teacher who ruled the one-room school.
​
Harry attended Colby Academy in New London, New Hampshire, after leaving Pembroke, became class president, delivered the class speech and wrote the class song, a harbinger of things to come. He then entered Harvard College. During summer vacations, he dug clams in Humarock and sold them Sundays at the Quaker Meetinghouse in North Pembroke to help pay his way through Harvard. He also sold fruit and vegetables gathered from trips to Cape Cod from the back of his Ford truck in Duxbury, Marshfield and Brant Rock to earn pocket money for school. While in college, Woods organized his own dance band and played occasionally at the Odd Fellows Hall at Hanover Four Corners.
​Harry started his musical career playing piano at an early age, despite the considerable handicap of being born without fingers on his left hand. His audiences at Mayflower Grove in Bryantville where he played piano for movies and dances were impressed with his skills. He would pound out the bass with his fingerless left hand while using his agile right to play the melody.
​
His kid sister Dorothy, who took over the family farm in Pembroke in 1935 and with her husband Roy Andresen began carefully restoring the old Cape, assessed Harry’s playing: "The way he'd play that piano, you’d think he had 20 fingers instead of five."
​
After graduating from Harvard in 1922, Harry went to New York to seek his fortune in Tin Pan Alley. He played piano in a Greenwich Village restaurant for his meals and wrote songs in his free time. Al Jolson sang one of his first published songs, "Goin' South" in the Broadway hit, "Sinbad," but the publisher went broke and Harry earned a mere $200 in royalties for his effort. Still, he did better than fellow songwriter Yip Harburg, author of "Over the Rainbow," who earned 37 cents for his first song.
His struggle to earn enough money provided inspiration for another hit about a year and a half after he married his wife Barbara. The two were struggling to make ends meet.

"We were selling empty milk bottles to get bread and cigarette money, but we were having fun," Woods said after publication of the old standby, "Side by Side." "Oh, we ain't got a barrel of money ... Maybe we're ragged and funny ... But we'll travel along, singing a song ... Side by Side," sums up the couple's predicament.

Woods wrote other classics such as "River, Stay Away from My Door," "I'll Never Say 'Never Again' Again," A Little Kiss Each Morning, A Little Kiss Each Night" and "Rock me in a Cradle of Dreams." He wrote the popular theme song for Kate Smith, a mid-century radio star, "When the Moon Comes Over the Mountain" and bandleader Rudy Vallee's "Heigh Ho, Everybody, Heigh Ho."
​
Like many of his fellow songwriters and lyricists, Harry went to Hollywood, where he wrote songs for such films as "The Vagabond Lover," "Jack Ahoy," "It's Love Again" and "Evergreen." His contemporary Yip Harburg made his mark on Hollywood with the film classic, ""Wizard of Oz." Ira Gershwin's influence on Hollywood and Broadway is legendary. His works include "Embraceable You," "I've Got Rhythm, "Nice Work if You Can Get It" and scores of others. 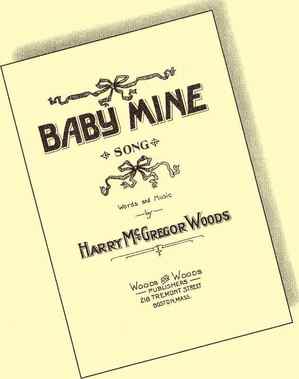 ​Harry took his success seriously, giving his time and effort during WWII During WWI before he became a served as secretary of the YMCA. During WWII he joined the Coast Guard Auxiliary. He traveled widely to entertain American troops during WWII, the Korean War and in 1969, the Vietnam War.

Harry joined 160 other songwriters by having his name enshrined on the Songwriters Hall of Fame at Broadway and 42nd street at One Times Square, sharing the limelight with talents such as Irving Berlin, Cole Porter, Stephen Foster, Richard Rogers and Johnny Mercer. The American Scholar described these talented men as true popular poets of the 20th century, especially those giants born all in the same year. Everyone recognizes Gershwin's contributions. Howard Dietz's name may not be as familiar, but his music is. He is the author of such timeless pieces as "Dancing in the Dark" and "You and the Night and the Music." Woods belonged to the same generation. Everyone knows his poetry, even though they may not recall the author’s name.

In Pembroke, Woods is memorialized by the bandstand in the center of the town on the green. It was dedicated as the Harry MacGregor Woods Memorial Bandstand in 1987 for the 275th anniversary celebration of the town. Harry wrote over 360 songs during his fruitful career, including the lyrical hit, "Try a Little Tenderness."
​
But Harry was not himself particularly restrained or especially tender. His son David recalled in an article by Yankee magazine that his father was once quietly ensconced in a mid-Manhattan bar drinking with a buddy when a fight broke out. Harry yelped in joy, shrugged off his jacket and entered the fray, joyfully swinging his one good arm at a bunch of perfect strangers.

He died in 1970 in Phoenix, Arizona, where he had been living with his family for 20 years, when he was struck by a car in front of his own home. He is buried here in Pembroke in Center Cemetery.
​© 2002 Pembroke Historical Society in cooperation with Hannon-Ryan Insurance & Real Estate and Plymouth County CVB.