Reminiscences and Facts
on Mayflower Grove, Bryantville
in the Town of Pembroke, Massachusetts
​1901-1940​

The last and lost beauty spot of Pembroke commonly referred to as being in Bryantville
The following does not cover the entire period of operation since the writer has actual knowledge only for the period 1919 to its close around 1940.
The subject matter is in two parts, - first to cover the origin and physical makeup of the park and secondly its operation, problems, and events that took place from 1919 on. Its substance is just what the cover indicates, particularly over the period of our operation, 1919 to 1931, by Bradford S. Littlefield, my father, and myself, with help by my mother Minnie Littlefield and my wife, Catherine. -- Cyril 0.  Littlefield
The "good old days" once meaningful, and still reflective has become a rusty expression to many, yet to those living in the time of 1900 to 1940 the enjoyment of going to Mayflower Grove was an event of considerable consequence.

Way back as early as 1900 there was a street railway company operating between Plymouth and Kingston.  The management had an eye for business and concluded a trolley line to Whitman would be a good idea.  Obtaining the necessary town approvals, the line was extended from Kingston to Whitman and an epic period began.

The availability of this transportation was immediately recognized, and the route became one for both pleasure and convenience in carrying workers to and from employment in Hanson, Whitman, and beyond.  During one period they maintained a freight and express service Whitman to Plymouth.

During the summer on Sundays hundreds would ride for the pleasure in long open cars, seats in settee fashion with running boards frequently loaded with passengers.  Many returned to Whitman and thence to Brockton with bunches of mayflowers picked at chosen spots or buckets of giant clams obtained in the Rocky Nook section.

The entire trip one way took around two hours to Hotel Pilgrim, a hotel now non-existent.  The fare was twenty-five cents from Whitman to Plymouth and an extra nickel to the hotel at the end of the line. 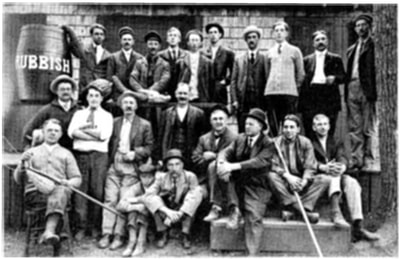 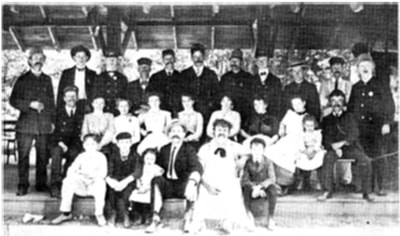 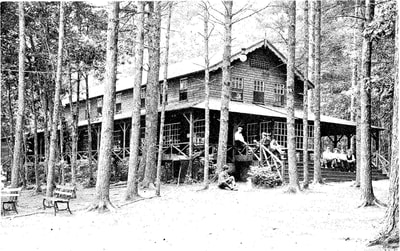 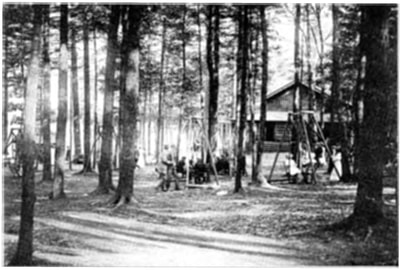 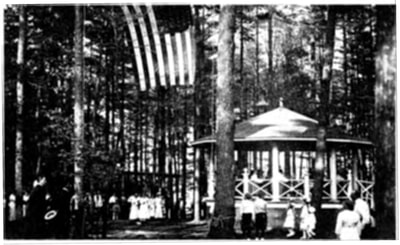 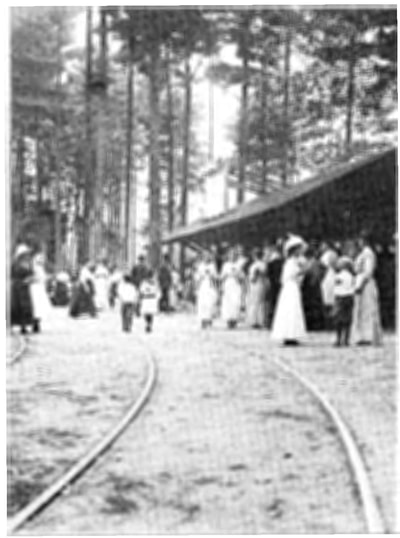 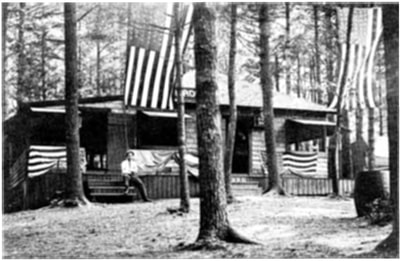 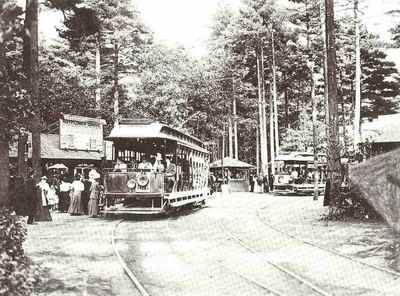 Reminiscences and Facts on Mayflower Grove, Bryantville
​in the Town of Pembroke, Massachusetts 1901-1940
by Cyril o. Littlefield

As there was traffic two ways with many cars enroute in both directions it became necessary to pass as convenience made this possible, and to do this "turn-outs” were in­ stalled at various locations at which points a car would stop and the conductor would ascertain if it could proceed to the next turn-out.  To do this, the conductor had with him a telephone box which was hung on two hooks on a telephone pole and talked with the control man at Plymouth to find how far the car coming from the other direction had come.  If time allowed, he was authorized to proceed to another turnout.