The Legend of Peter's Well

The Legend of Peter's Well 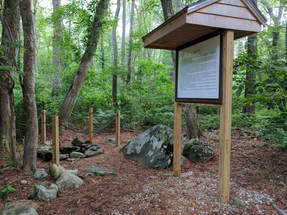 ​In the early 1600s, England and France were engaged in recurring land disputes. War broke out and England succeeded in defending the area known as New England. France was able to colonize an area further North. The colony was called Acadia known today as the Canadian Provinces of Nova Scotia, New Brunswick and Prince Edward Island.
​​Increased tensions again lead to war, during which England was able to capture the French port at Port Royal, Nova Scotia. When the war ended, a peace treaty awarded most of the Acadian land to England. Despite the land belonging to England, France began to move people into Nova Scotia. Perceived as a threat, England attempted to persuade those settlers to swear their allegiance to Great Britain. When they refused, they were dubbed “French Neutrals” and were considered an ongoing threat to Great Britain. 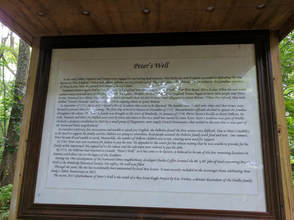 ​In September 1755, the British released a list of Acadians that were to be deported. The families were loaded onto ships and their homes were burned to prevent them from returning. The first ship arrived in Boston in November of 1755. Massachusetts officials decided to spread the families throughout the colony. The Pellerin family was brought to the town of Pembroke. In January of 1756, Pierre (known locally as Peter) Pellerin, his wife, Hannah, and their six children were sent by town selectmen to live in a small hut owned by Isaac Keen. Keen’s residence was part of Wallis Orchard, a property established in 1619 by a small group of Huguenots, more simply French Protestants, that settled in the area that is now part of the Fairwood Drive neighborhood. 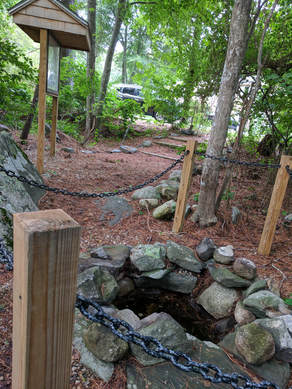 ​ Through the years, the site has been occasionally maintained by the local Boy Scouts. It was recently included in the Scavenger Hunt celebrating Pembroke’s 300th Anniversary in 2012. The recent 2015 refurbishment of Peter’s Well is the result of a Boy Scout Eagle Project by Eric Frisbee, a distant descendant of the Wallis family.As outsiders with very few possessions and unable to speak any English, the Pellerins found the first winter very difficult. Due to Peter’s inability to do much to support his family and his children too young to contribute, local people assisted the Pellerin family with food and rent. One summer, Peter became ill and unable to work. Meanwhile, the number of Pellerin children rose to ten, creating more need for support.In 1765, Peter was sent to prison for failure to pay his rent. He appealed to the courts for his release stating that he was unable to provide for his family while imprisoned. His appeal led to his release and the selectmen were ordered to pay his debt. By 1771, the Pellerins had returned to Canada. “Peter’s Well,” as it has come to be known, is believed to be one of the few remaining locations in America with direct ties to the legacy of the Acadians.
​
During the 1964 development of the Fairwood Drive neighborhood, developer Charles Coffin donated the 40’ x 60’ plot of land containing Peter’s Well to the Pembroke Historical Society. For safety, the well was filled. 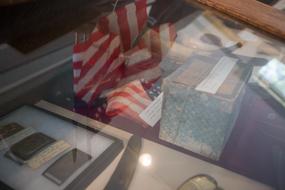